The Bagpiper is getting his orders by the end of the week, but we already know where we’re going and when.

The Bagpiper’s orders say we’re going to Okinawa, Japan. We’ll be there for at least three years. Bagpiper leaves April 1 — one month from now! — but because I’m about two months shy of graduating, I’ll stay behind and follow mid-May. Basically, as soon as I walk across the stage at graduation, I’m hoping a plane and headed to Japan.

Okinawa is the most southern of the 47 prefectures in Japan and is made up of about 160 islands (only 44 of which are inhabited). It’s also a tropical paradise. This will be my new home:

Living here for three years is going to be HARD. 😛

Aside from gorgeous beaches, there are lots of other cool things to see too. Like Katsuren Castle:

How cool is this?!

And the Sakura (cherry blossom) Festival (which I will arrive too late for this year, but I’ve got two other years to experience it): 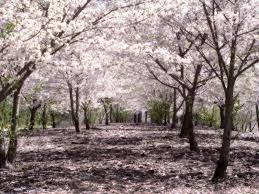 Too bad I'll miss the festival this year!

So the next two weeks are going to be insane. The Bagpiper is setting up appointments for physicals, shots, the personal property office and even stuff for the dog. All in all, it looks like we’ll be out of our apartment and staying at my mom’s for awhile by Spring Break. Once he’s gone to Japan, I’ll stay with my mom until it’s time for me to follow.

We’ve known about Japan for awhile, though. We knew about a month ago that it was a very high probability that we would be headed to Okinawa. Now it’s official, so I’ve been given the green light to announce it to the world.

For those that know me, I’ve already done some research on local yarn shops. I’ve found two in Okinawa. 😛

ETA: Ignore the spelling/grammar mistakes. I was way too excited when I wrote this that I didn’t do a good job of proofreading. I’m finding things little by little and editing them as I find them..but yea…my fingers don’t type very well when I’m this excited. LOL

This entry was posted on March 2, 2011 by Alice Janell. It was filed under Musings of a Marine Wife and was tagged with Japan, moving, The Big Move.